When we were young, my siblings and I would make what we call a “super bed.” We would pull a mattress out of one of the bedrooms, lay it down and push it up against the couch for a back rest.  Next, every pillow and blanket we owned was piled on, popcorn was made, and we’d nestle in to watch a movie.

My dad prefers Westerns and Action films, so we saw many of the John Wayne movies, and all of the Indiana Jones trilogy (as it was back then).  In my favorite, The Last Crusade, the characters finally reach the sought after Holy Grail, the cup Christ used to serve the Last Supper.  The catch was, that in order to receive immortality, which drinking from the cup gave, you had to choose the correct chalice among a variety.

Spoiler Alert!! Donovan and Elsa, the two antagonists, get to choose first.  They pick up a bejeweled goblet.  It is beautiful and hasn’t aged. Donovan fills it with the water, drinks from the cup, and dies.  The knight who was protecting the Holy Grail states the now infamous line among my siblings, “He chose, poorly.” (You’ll have to watch it to get the effect, its’ phenomenal!)

It’s now Indiana Jones’ turn to choose and he finds an old clay cup.  It didn’t possess any jewels or markings and looked pitiful compared to the rest.  The knight then reinforces that Dr. Jones had indeed, “chose wisely.” 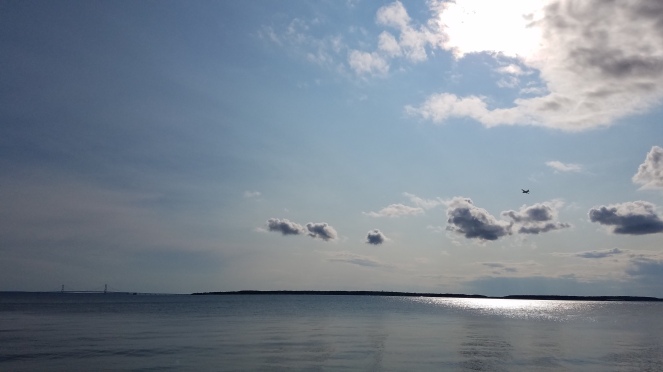 There are parts of us, I think, that desire the flashy and beautiful.  We don’t want the ugly or tattered look about us, in our homes or with our clothes (though the distressed look is in right now).  One may, like Donovan and Elsa, think that Jesus would have chosen the most bedazzled goblet for such an important occasion.  But really, nothing that Jesus has ever done has been conventional or even ostentatious.

Think about it, he was born in a small barn and placed in a manger. Instead of making friends his age, he spent his time with the geezers at the temple. He chose fisherman, and tax collectors to be among his confidants.  Miracles were performed for the sick, dying, and outcast.  He held up children as who we should be like.  He died a sinner’s death on a cross.

But he had impact.  It wasn’t an accident that Jesus whole life was lived among the destitute and marginalized.  His amazing love and power were able to be revealed by doing so. Throughout the Bible, the Old and New Testaments, God chooses the lesser, the weaker, and the fewer.   But his purpose thrives through the people he uses, no matter their status.

We head back to Genesis and pick up with the story of Abram.  Here we get to witness one of the greatest men of faith.  Let’s check out what happens! 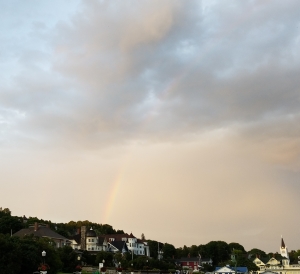 Time after time we see Abram reveal his solid faith in God.  Without hesitation he packs up his family and all of his possessions to move to wherever God leads them.  His and Lot’s flocks become to great to share the land and so Abram allows Lot whatever piece of land he desires.  Lot, of course, picks the super fertile and beautiful land.  I’m not sure what the land of Canaan was like, but Abram didn’t seem to care what it looked like or how fertile it was.

Then, he is offered all of the spoils from the war after rescuing Lot, but denies it all, wishing only to receive his wealth from the Lord. He accepted only what the Lord provided.  God asks him to look as far as he could in every direction and that would be the land given to his many descendants.  Abram believed him.

I feel like I would be more likely to take some time and pray about whether God was really calling me to move before I just got up and left.  Most likely, I would want first choice of the land, and pick the more lush and fruitful.  I’d prefer to store up some wealth or receive a reward for doing a good deed when it was offered, especially from a King.  But Abram didn’t.  In each scenario, Abram chose faith over wealth, comfort, and security. All of those things were found in God alone.

“It was by faith that Abraham obeyed when God called him to leave home and go to another land that God would give him as his inheritance. He went without knowing where he was going. And even when he reached the land God promised him, he lived there by faith–for he was like a foreigner, living in tents. And so did Isaac and Jacob, who inherited the same promise. Abraham was confidently looking forward to a city with eternal foundations, a city designed and built by God.” Hebrews 8-10

Abram was remembered for his faith because even though he couldn’t see God’s next move, he trusted whole-heartedly that everything was taken care of.  He couldn’t see how God would provide an heir and many descendants and numerous as the stars when he was advanced in age.  But he believed what God had said and trusted that he had a way of making it happen.

What if Abram didn’t have faith that God would fulfill his promises?  Where would he be if he had relied on his own strength and provision? Would God have been able to work as miraculously we will see him do?  He may have had more fertile lands, more wealth, more glory.  But still childless.

Just a side-note: Where would we be if Jesus chose the path of ease, made great wealth, and only spoke to the affluent?  Would we see his great love for all groups of people, not just the rich and those society deems “worthy”?  Would we believe that he wants to use us with whatever talents, strengths, weaknesses, and temptations we have?  Would his power be undeniable if he came to earth in a wave of strength instead of humility?

Okay, back at it: I have been caught in this before.  I didn’t get what I thought God had promised me and so I went crazy trying to control whatever I could to make sure his promise would be fulfilled at the next opportunity.  I believed that the first time I got pregnant, was God allowing his promise of having children, changing jobs, and getting a house were happening.  When all that changed, I was devastated and wanted to ensure that if I got pregnant again, it would for sure work.

I worked hard at get healthier, stronger, more rest, and my hormones back into place.  I thought this second time God would for sure let his promise play out.  But then it didn’t.  Once again,  I worked on getting healthier, cutting my hours, doing a fertility cleanse, mapping out the timing of when I should have my health together to try again. 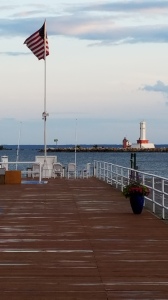 I sat down to read my Bible one day in the midst of all of my crazy, and remember God telling me, “Seek me first.”  All this time I was trying to take control and do all that I could to ensure God’s promise would happen.  But I wasn’t relying fully on God and seeking him out above all else. I found peace in that and my mission changed that day.

Nothing I was doing was necessarily wrong, I really did need to get my health in order after two miscarriages.  That messes with you.  But my heart needed a change.  Here I was scrambling around to get everything on my end right, when God was just asking me to stop, rest, trust.

By stopping and waiting on the Lord, I felt led to quit my job of seven years and move up to a new town.  God provided everything we needed, every step of the way.  I look back at the choices Dan and I have made to get us to this point, but that was all because we were seeking God first.  How our finances, businesses, and family situations lined up was all God.  It was all because we were open to what he had for us.

Abram may have had less fertile ground by letting Lot choose first, less wealth by denying the King of Sodom, and more time waiting for a child by relying first on God and not himself.  He must have known, without a doubt, that God can work with dry ground, limited resources, and when the odds are against you.  I think he prefers it.  It shows how awesome he is and builds our faith to greater levels when we put our trust wholly in him.

I clearly faltered along the way, as you read above.  But God still worked and is still working at making something beautiful out of it all.  I’m in the middle of that now. There are spots on my life’s lawn, so to speak, that still look dead and unable to be revived. I still don’t have a child here with me, but I have a much greater trust that God has amazing things for my life.

What have you been hoping for lately?  Has God promised you something and you can’t see how it’s going to actually happen?  Maybe take some time today and ask God a promise he has specifically for you.  Talk to him about your fears, doubts, and insecurities.  Those are okay to take to him.  Let him build up your faith and renew your confidence in the work that he is doing in your life.  He hasn’t forgotten  you.  He knows your hopes and desires and wants to bless you.  Do you believe that?  Sit with that for a minute.  Let God speak to you about those right now.

God can do amazing work when we come to him. Take that step today.

God, thank you so much for taking the good and bad in life and making it beautiful.  I feel crazy and weak sometimes, but all you call me to do is have a little faith and seek you first.  Help me to do that Lord. I want the life you have for me, not one that I clumsily put together.  You are so good, Lord.  Keep my heart steady in you. Amen.