I love meeting the parent’s of good friends.  It’s always a new view of where they came from and how they became who they are today.  The origin of the tendencies, voice inflections, habits, and physical features that I appreciate of a person are revealed.  Which good and “bad” qualities have been passed down, I find it fascinating.

From my mom, I get a love for school supplies and my paper-straight and fine hair.  My Father gifted me with my dark brown eyes and athleticism.  Both of my parents are excellent musicians, playing multiple instruments and sing. They enjoy camping, quality time with family, and quiet time in nature. My mom loves taking a walk in the morning with the dogs and her coffee.  My dad will mow his own lawn for at least three hours, then the churches, then 2-3 other people’s lawns.  I guess it’s relaxing for him, I don’t know, haha! These things that I love, I see were really passed down to me from my parents and their parents.

I love hearing other people’s experiences with their parents and their similarities.  But some qualities aren’t as great, which my friends dislike and long to overcome.  One friend always hated that her mom never sat down and ate meals with her and her siblings when they were young.  She noticed that she was doing the same thing!  Once she realized it, she made the effort to sit, talk, and enjoy lunchtime with her children.

Ahead, we begin the story of Isaac, Abraham’s beloved son whom he waited for.  As his life unfolds, certain similarities between father and son appear.  Some are great and others are not.

It’s interesting, the same insecurities that Abraham dealt with were passed on to Isaac.  They both told the same lie that their wife was their sister instead.  Both carried the same fear.

They also had to wait for children.  Abraham prayed for a child and Isaac pleaded with the Lord for offspring.  Both had to wait about two decades before their prayers were 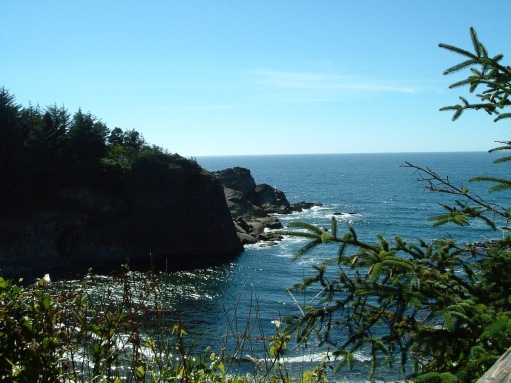 answered. Father and son had to rely on the timing and blessing of God alone.

One good thing that maintained was the covenant that God had given to Abraham.  We see God’s hand continually working in the lives of these two men as they waited and trusted.  The promise of descendants numbering the stars was just beginning and reinforced as God spoke to Isaac.

As Isaac’s family grows and prospers, the higher-ups around him begin to fear the possibility of being overtaken by the tribe.  They go as far as filling in Isaac’s wells, a source needed for life, to make sure he packs up and leaves.  Abimelech then demands that he goes somewhere else.

Isaac and his family leave, set up camp, and dig another well only for it to be disputed.  This happens a second time.  Finally, the third well goes unchallenged and his tribe can finally rest and set down some roots.  A fourth well is dug that produces water, and Isaac’s family celebrates.

Has that ever happened to you?  Not necessarily filling in and digging wells, of course.  But have you ever felt like doors just keep closing?  You get settled maybe in a relationship or job or living arrangement only for it to fall apart.

It makes me think of the struggle of knowing God’s personal will for our lives. We think we may know exactly where we should go, only to discover it wasn’t what we thought. Or we experience company giving out lay-offs after a lifetime of loyalty, a bad diagnosis after trying to live a healthy lifestyle, a divorce when everything seemed fine.  Like Isaac, we get to a good land (success, wealth, etc.) only to have our wells disputed or filled in.

Now, I should preface by saying that I believe God’s over-arching will for my life is to love God, love others, and follow his written and spoken word prompted by the Holy Spirit.  This “umbrella will” I shall call it, offers a lot of freedom in how each individual carries those three things out.  In every occupation and encounter, we have the ability to do God’s umbrella will.  We carry it with us on whatever path we take. Discovering a more unique will that God has for you takes constant self-discovery, throughout life (not just at 18 years old).

To help me understand this I picture life as a hallway with endless doors and. (You are still carrying God’s umbrella will, remember.) I may open a door, or God may open a specific path for me to enter.  Sometimes I get into a room only to find out that this is not where I, or God, wants to be for too long.  That discovery allows me to step out and put an X there so I know that’s not the direction God is calling me.  It may seem like a failure, but it’s actually a win, I think.  I’m closer to discovering what he does want me to do.

Dan, my husband, is a great example of opening and closing doors.  After two years at a University he decided that it wasn’t the right fit for him.  For the next few of years he dabbled in car sales, banking, network marketing, internet marketing, and a few more I’m probably forgetting.  These all seemed random at the time.  I had no idea (he probably didn’t know either) where life was going to take him.

Looking on them now, I see that each experience has given him knowledge for his current business pursuits and real life application.  (He buys the cars and does the banking in this relationship!) He also has two successful businesses built on the foundations of the knowledge that he gained previously.  Dan is constantly looking for the next door or window of opportunity.  I never know what idea he is going to come up with in a day.  It keeps me on my toes!

I was in the Personal Training “room” for eight years.  It served me well, I learned a ton, 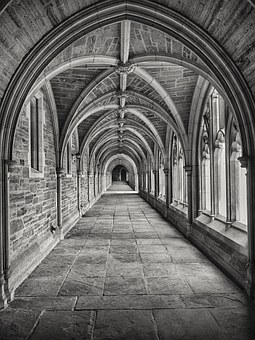 and hopefully helped the people around me.  But there came a point where I needed to exit that space and discover what was next.  I’m in a place right now that I feel I have a few unlocked doors that I need to pursue to really understand which room (or rooms) I want to camp out in for the next phase of life.

Sometimes, you just need to dig the well (or enter the room), so to speak, and see what happens.  Maybe it produces some conflict and discomfort.  But maybe, just maybe,  it’s the room you’ve been waiting and praying for.

What if Isaac had waited to dig the well?  Uh, his family would have died from thirst!  It was a matter of life or death! Digging the wells and opening the doors in our lives may just be the difference between a surviving life and thriving life.  I want the latter.  I crave a life that God has developed and molded over time into something exciting and beautiful.  I can only imagine and trust that he is orchestrating a perfect room for me.  He’s doing that for you too!

If you are in a room that doesn’t feel right, it may be a sign that you need to make your exit and discover what’s next.  I should say, that sometimes God puts us and keeps us in uncomfortable places for a time in order to help others or prepare us for the next phase in our journey.  You do need to be discerning of that.  Also, you always have your umbrella will, which makes everywhere you are a purposeful opportunity.  Don’t just sit in the stuffy, uncomfortable room.  Use your gifts and talents to make it a better place for those in that room as well until God opens another path.

Last thing on this, you are never stuck. You can break the insecurities and fears that may have carried over from your childhood and parents. I think you have the ability to sneak peak (through the mail slot of a door) to see what’s right for you, while you are in a specific room.  That may look like gathering information on night classes after work, researching at-home income opportunities, or stepping out into certain social experiences to meet new friends that share the same goals as you.  Become an explorer! Seek out the life God has for you, carrying your umbrella along the way.

God, your word is so good.  Thank you for the grace you give us when figuring this life out.  Thank you for using all of our weaknesses, strengths, insecurities, and experiences to build a life that is beautiful.  You are the Master Creator, the Author and Perfecter of our faith.  God, I pray that breakthroughs are made today.  I pray that the weight of feeling stuck may be lifted.  I pray that the shame of failing is stripped off and a new perspective is given to those who need it most.

God, thank you for loving me enough to change me and grow me and give me purpose.  Amen.