I worked at a health club for the last seven years.  The first time I walked in I was flabbergasted! It had a salon, cafe, three pools, two hot tubs, dry and steam saunas, massage rooms, two basketball courts, a rockwall, four squash courts (now turned into other things), and a child’s center. And that’s just the first floor! Upstairs is my happy place, the fitness floor.

None of that has anything to do with what I am talking about except for a small corner of that facility…the lounge area of the women’s locker room.  It’s not even about that, but a specific TV program that the locker room attendents would watch while folding towels.

Many a time I would rush by and couple of workers, along with some members, were glued to the screen while Only One Life to Live was on. I’d stop for a moment only to be sucked into the drama.  Someone killed another character who was related to this other person that was having an affair with the one killed and the brother’s uncle who worked at the hospital was blackmailing the killer and the killer’s mistress was in cahoots with the brother’s uncle who’s daughter has run off with the killer’s nephew. 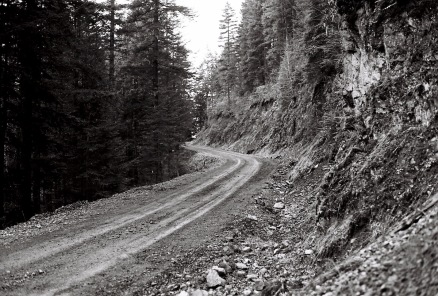 Okay, that’s all fake (and sorry for the poor grammar).  But seriously,  that’s how those shows work.  There are twenty different plots happening at once and they are all connected in strange ways.  It’s so easy to get wrapped up in the thrill and mystery of the never-ending drama.  There is something so intriguing about the story, even though they are usually terrible situations! I would never want to be experiencing that much drama all of the time!

As Isaac’s life unfolds, we are absorbed into the drama.  We’ve got favoritism gone bad, rivalry, lying, deception, stealing, cheating, defiance, and spite.

God sure works in mysterious ways for his kingdom purpose to come about.  I’m not even sure what to think of this story, haha! I’ve got nothing. Like a Soap Opera, I’m left dumb-founded with more questions than answers. Okay, I’ll try to explain this madness.

It was known before their birth that Jacob and Esau would be rivals in every way. Genesis 25:22-23 states:

“But the two children struggled with each other in her womb. So she went to ask the LORD about it. ‘Why is this happening to me?’ she asked. And the LORD told her, ‘The sons in your womb will become two nations. From the very beginning, the two nations will be rivals. One nation will be stronger than the other; and your older son will serve your younger son.'”

Why Jacob?  Why the younger son? What would’ve happened if Esau was chosen instead of Jacob?  What’s the significance of God having favoritism, lying, and deceit in the story to make his purpose work?  Why not just make Jacob the older son and call it good? Was there something in Esau’s heart that wouldn’t have obeyed God in everything he was asked to do?

We’ve seen something like this before with Cain and Abel.  Something in the elder brother’s heart was not on par with what God desired when he offered his harvest to the Lord.  Cain gave “some of his crop” while Abel offered “the best portions of the firstborn lambs from his flock” (Genesis 4:3-4).  Later, Cain kills his brother out of anger and rejects the Lord instead of accepting forgiveness.  His true colors show.

I’m just speculating, but maybe there was a hard spot on Esau’s heart that wouldn’t soften in obedience to God.  He may not have been willing to do what God would’ve ask for when working on fulfilling his promise to Abraham. We do see his anger and spitefulness revealed when he learns of Jacob and Rebekah’s deception. I would have been angry too so I’m not judging him. I kind of feel bad for the guy. But I can’t justify his actions to “get back” at his father and plotting to kill his brother either.

Isaac’s blessing for Esau does reveal that one day he will decide to break free from his servitude from Jacob.  Eventually he will leave and build his own life. It’s possible that God has a totally different and good plan and purpose for Esau that we don’t know about.  We may never know.

Next, we find Jacob fleeing to his Uncle Laban’s household to escape Esau and also find a wife.  On his way, he has a beautiful dream and God passes on his covenant. Jacob is overwhelmed, and for the first time, we witness him building an alter and dedicates his life to God.  Maybe Isaac told his son’s stories of God and his Covenant with their grandfather.  Not much is mentioned in how much of the Lord was revealed to the boys. He moves on, but not before he commits a tenth of what he receives from the Lord in blessings.

It’s love-at-first-sight when he sees Rachel walking up to the well with her sheep.  He quickly asks for her hand in marriage and commits to working for his Uncle for seven years to earn her. Laban does an old switcheroo on the wedding night and Jacob wakes up with Leah, the sad and frumpy older sister. (Seriously, older siblings are getting a bum rap here! What’s the deal?)

Also, what happened to Rachel in all of this?  Did Laban drug her and lock her in her room until morning? Was she upset at all? If Jacob was so enraptured by her beauty, he should have known something was wrong, even in the dark!  I digress.

It all works out for our antagonist in this Soap Opera. Laban allows Jacob to marry Rachel the next week in exchange for seven more years of service.  But Leah is left unloved and striving to earn Jacob’s affection by bearing more children.

This passage challenges me a lot.  I think the greatest lesson I learn is that our decisions, actions, and reactions can have such impact on our lives and others. It’s easy to look at other people and compare what they have with what we don’t.  We sometimes covet another’s personality traits and blessings.   Other times, we get burned because it can be all about who you know or certain extroverted personality types are desired over your introverted tendencies.  This can lead to anger, contempt, deceit, and impulsiveness. Or, it paints an idea in our heads that we aren’t good enough and never will be.  Our personality is just not cut out for our dreams.

What if Cain and Esau had not reacted in anger?  What if they had allowed God to

forgive them and use their lives for something good?  If Leah sought acceptance, love, and purpose from the Lord, how would her life had been? What if they hadn’t given up and lost hope in having a good life because of one incident or one person?  God’s grace is far greater and frees us from a life of wandering and wallowing in our animosity and jealousy.

I probably won’t be an Olympic athlete, a great chef in an expensive restaurant, or a trainer for a sexy celebrity.  I may never save a million lives or cure a disease or build a superior structure that reminds people of me after I’m gone.  I can sit here and be upset and curse every athlete, chef, trainer, doctor, researcher, missionary, philanthropist, and architect all day.  But where would that get me?

I’m the older sibling in real life, but I don’t want to be like Cain or Esau or Leah.  Cain hardened his heart to God’s forgiveness and chose exile.  Esau chose anger to steer the rest of his life.  Leah was constantly pursuing acceptance from a man and not from God.  This left her constantly feeling like she wasn’t good enough.

People have their blessings and gifts, but I sure do have mine.  It’s taken years of self-discovery and acceptance to understand that God has made me unique on purpose and with purpose.  I don’t want to be angry at someone because I perceive that they are better than me in some area of life.  When I step back, see all that God has done for me and love who he made me, my focus shifts.  My joy and contentment and peace lift.  I am satisfied and I seek ways to pursue putting those unique qualities into actions that serve and bless others.

What blessings, talents, and personality traits has God given you?  Are there some you like and others you don’t? Why don’t you like them?  Can you think of any reason why God may have placed those unique traits in you?  Get creative.  How could God use those towards his Kingdom purpose.

God, forgive me for not completely loving all that you created me to be.  I want to.  Will you give me creative ways to use all of the gifts and talents you have blessed me with? Can you show me how my personality traits fit into my purpose?

Thank you, Lord, for your word and the lessons from it.  Amen.