I know I’ve mentioned my time at a Vacation Bible School in Alpena, MI before.  There were crafts, games, lessons, and singing.  One of the most memorable lessons was on how God bridged the gap that sin caused between himself and his creation.  It looked something like this.

I grew older, sinned more, and experienced the world and all of its depravity in greater capacities. As I come back to this simple drawing, I am amazed at its complexity and significance. It shows, even more, of the greatness of God’s love for me and the rest of his creation.

In the next chapters of Leviticus, we see God’s great wrath poured out on those who breaks his command.  It’s a tough read.  But it brings up some questions that we all need to wrestle with.  One being, how can God be so loving and so angry at the same time?

It’s hard to read about God’s terrible wrath on Nadab and Abihu because of the slightest disobedience. His commands needed to be followed perfectly from the greatest to the smallest detail. His anger here is so real and terrifying. I shutter to think if that system were still in place today.  I wouldn’t make it, for sure.

How do we reconcile this loving and amazing Father with an angry and powerful God?  How can he be just and merciful at the same time? These are tough questions that I’ve had to wrestle with.

To start, let’s look back at the Garden, how God intended the world to be. 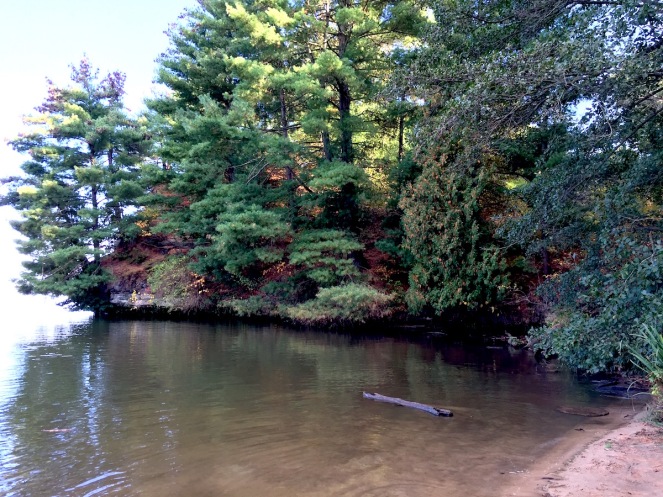 When I stop and think of how there was nothing, just God’s Spirit hovering over some water, and then there were mountains, oceans, stars, land, animals, and humans, I can’t help but be in awe. We see God’s creativity, power, and mastery in the making of this world and all that is in it. Humans were created in God’s own image, to be in perfect community with him, and live without shame and fear. He was everything to Adam and Eve, and provided all that they needed. As I imagine a world like that, I find myself deeply longing for it.  We all do, because that is how it’s supposed to be.

“‘You won’t die!’ the serpent replied to the woman. ‘God knows that your eyes will be opened as soon as you eat it, and you will be like God, knowing both good and evil.’ The woman was convinced. She saw that the tree was beautiful and its fruit looked delicious, and she wanted the wisdom it would give her. So she took some of the fruit and ate it…So the LORD God banished them from the Garden of Eden.” Genesis 3:4-6, 23

“Yes, they knew God, but they wouldn’t worship him as God or even give him thanks. And they began to think up foolish ideas of what God was like. As a result, their minds became dark and confused. Claiming to be wise, they instead became utter fools. And instead of worshiping the glorious, ever-living God, they worshiped idols made to look like mere people and birds and animals and reptiles…They traded the truth about God for a lie. So they worshiped and served the things God created instead of the Creator himself, who is worthy of eternal praise! Amen.” Romans 1:21-23, 25

It happened in the Garden with the Serpent and Eve, in Jesus day, and now.  Sin entered the world and we lost the perfect union with God.  Doubt of who God is and all that he can do when his timing doesn’t match up with ours, corrupts our thoughts. When we think he may be holding out on us, it begins to change our belief in his plan and purpose for us.  We start to believe that he has forgotten our hopes and desires. Then, we try to add to our lives by our own strength.  Our worship turns to ourselves, our power and provision.  This, for one, is idolatry and can lead to a multitude of other sins.

Soon, we find ourselves separated from God. You see, his righteous anger comes from the fact that he is divine and we no longer are because of sin.  We have lost the righteousness that he desired us to always have and to live the life that he wanted for us without sorrow, shame, and pain.  He is angry because this isn’t how it was supposed to be and the ones he created and loves are choosing to live a different life than he would have for them.

He has to be just because he is righteous.  But then, his love.  Oh, his amazing love for us.

“For God loved the world so much that he gave his one and only Son, so that everyone who believes in him will not perish but have eternal life. God sent his Son into the world not to judge the world, but to save the world through him.” John 3:16-17

“But God showed his great love for us by sending Christ to die for us while we were still sinners. And since we have been made right in God’s sight by the blood of Christ, he will certainly save us from God’s condemnation. For since our friendship with God was restored by the death of his Son while we were still his enemies, we will certainly be saved through the life of his Son. So now we can rejoice in our wonderful new relationship with God because our Lord Jesus Christ has made us friends of God. When Adam sinned, sin entered the world. Adam’s sin brought death, so death spread to everyone, for everyone sinned…But there is a great difference between Adam’s sin and God’s gracious gift. For the sin of this one man, Adam, brought death to many. But even greater is God’s wonderful grace and his gift of forgiveness to many through this other man, Jesus Christ. And the result of God’s gracious gift is very different from the result of that one man’s sin. For Adam’s sin led to condemnation, but God’s free gift leads to our being made right with God, even though we are guilty of many sins.” Romans 5:8-12, 15-16

Amen and praise God! Isn’t that beautiful! And just like that, when we believe that God did all of this for us, we are brought back into a relationship with him.  We are placed in the Garden forever, where shame and sorrow cannot follow. We are made new and set free.  I pray that you find that today.

God’s anger and wrath are real.  The price for our sin is death. But because of his even greater love for us, he saved us. It wasn’t when we followed the rules perfectly, that he saved us either. It was when we were at our worst and darkest. I find so much comfort in that.

This isn’t an easy concept to reconcile or understand. It might be challenging for you and for others that you come in contact with.  I still wrestle with it.  But that’s okay! If you still have questions, seek God’s answers. Get in the Bible, pray, speak to a mentor. Find the truth.  In the process, I know God will bring you closer to himself. 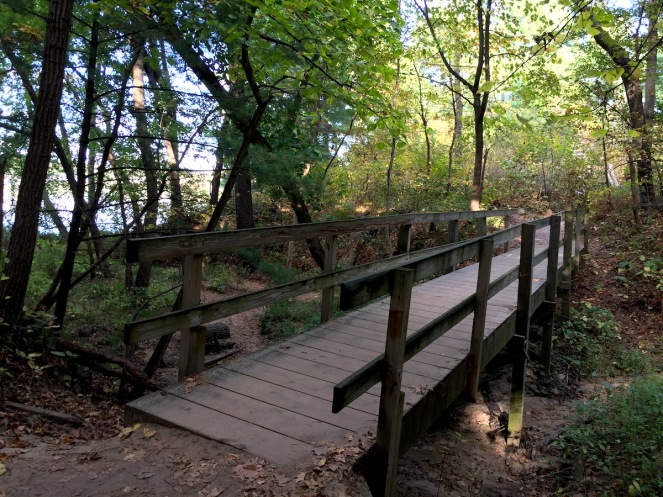 God, sometimes you are hard to comprehend.  I can’t imagine all that you are.  These glimpses into your anger, wrath, and justice are difficult to unpack. But I thank you that your love is greater.  I thank you that you can and paid the penalty for my sin so that I could come back to perfect communion with you for eternity.  God, I want that for others.  I want them to experience your grace.  Help me to share that with those around me.  Amen. 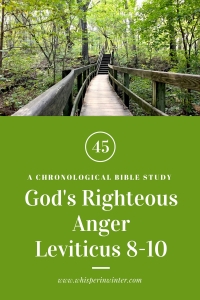