One of my favorite new movies is Moana. It’s beautifully done, with captivating scenery, an inspiring plot, and just enough humor.  In it, Moana is chosen to find the demi-god Maui, and with his help, restore the heart of Te Fiti (too simply, Mother Earth).

She has never gone past the reef of her island because of the fear all of her people carry about what is beyond.  As she goes along, she recites this chant, over and over to give her strength to keep to the task, even when she is afraid:

“I am Moana of Motunui. You will board my boat and restore the heart to Te Fiti.”

I won’t go in to any more of the story, you need to go watch for yourselves.  But as I read the beginning chapters of Exodus, God starts putting his plans into motion.  He calls on a man who feels insignificant to the task.  God gives him a battle cry, if you will.  It’s one that we can use when we face circumstances of impossible difficulty.  Read on, friends. 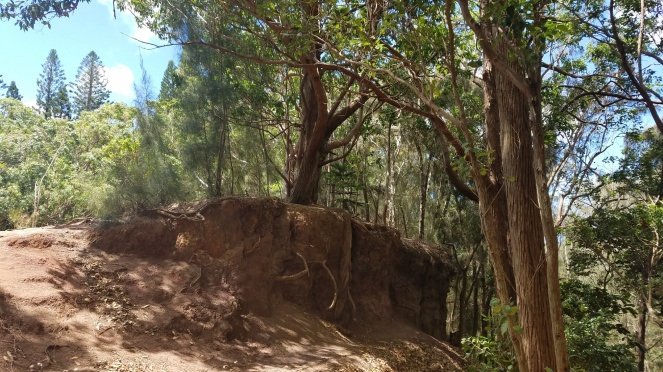 What I get from this text is that God has been working behind the scenes in Israel, Egypt, and Moses.  Now is the time to act! The Israelites have been under Egyptian oppression for a long time and it’s only gotten worse. There cries have reached God. Egypt is a powerful nation and will take any measure (even killing baby boys) to maintain that power.  Moses, a Hebrew, grew up in Pharaoh’s court.  He has ties to both, which God can work with to make his plans about.

God has been in the works, waiting for just the right circumstances to bring his people out of Egypt.  It’s time to introduce himself personally to Moses, the vessel he is going to use to save the Israelites.

I believe this introduction is extremely important.  It is setting the stage for, not only the task immediately ahead, but a lifelong journey of leadership that Moses is being called to.  God immediately makes his holiness and awesomeness known by the burning bush and stating that Moses was on “holy ground.” He was in the presence of someone to be feared and respected.

Would Moses submit to power of God?  Would he surrender for God to work through him and do amazing and impossible things?  Like rescuing millions of people from the bondage or a mighty king and leading them to a Promised Land.

Moses responds, “Here I am.” Intrigued, Moses stays. God continues by introducing himself as the God of Abraham, Isaac, and Jacob.  The One his ancestors talked about and his family cries out to.  At this, Moses becomes afraid.  He may remember the stories told to him by his mother about this awesome God who was great and mighty.

God reveals his plan of extraction and we see Moses has his doubts by asking, “who am I?” Why would you choose me? What skills do I possibly have that are capable for this mission?  I am content with life here. I am just a lowly shepherd, cast out from the family of Pharaoh. But God reassures Moses that he will do all of the heavy work.  Moses only needs to go.

How often do we say:

I have failed too many times, who am I?

I am so broken from these hurts, who am I?

My life is such a mess right now, who am I?

Someone else is better, strong, or smarter than I am, who am I?

I don’t have all of the pieces together, I’m not ready, who am I?

I don’t have enough influence, who am I?

And so the list can go on! Who am I that God would choose me?  But God says,

And that is what matters.  It’s not about we can do, but what he can do.  He has been working a lot longer to prepare you for this moment than you have.  The things he has brought together can be trusted to work, even when we don’t trust ourselves to be able to fulfill what he is asking.

He IS and he will BE all that we need him to be to work out the purposes he has asked us to accomplish. He will fill all of the gaps we think we have in order to do what needs to be done.  God is more than we can imagine.  His being is beyond what we can comprehend.  We limit his power and the power he can give us when we try to cram him into our little box of thinking.

What if, when you come to an seemingly impossible situation you said, “I AM sent me!” It’s an internal posture of surrender that you may not have it all together, but the God you serve does.  But it is also a battle cry of power! You have the backing of the most powerful being in all of the universe! The Creator of the universe!

I am going to start saying that. No longer will I back down from what God is calling me to do. I can’t sit back anymore and wallow in my excuses of “who am I.”

I am the child of I AM! I am the one God has called and he has given me great power to overcome.

I AM, thank you for who you are! Thank you for constantly working behind the scenes to prepare the way for my desires and your purpose to collide.  Keep preparing me for what you need me to do.  Give me the courage to say, “I AM sent me!” when I feel like I’m facing the impossible.  You fill in all of my weak places. You are my source. Amen.

*I’d love to hear how this changes your attitude in the future.  Please share!